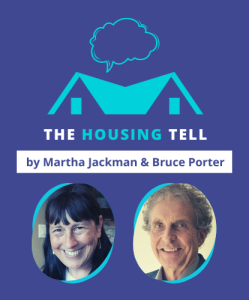 On August 17th, the Ontario Superior Court of Justice issued a ground-breaking legal decision for access to justice and human rights in Canada. The court denied the federal government’s attempt to strike down Nell Toussaint’s human rights-based lawsuit—a lawsuit that seeks to hold Canada accountable for denying irregular migrants (i.e., people with uncertain or precarious immigration status) access to essential health care when their lives are at risk.

What does this mean for the right to housing in Canada? Read more to find out.

This blog was written by Professor Martha Jackman, Faculty of Law at the University of Ottawa, and Bruce Porter, Maytree Fellow and Executive Director of the Social Rights Advocacy Centre.

Nell Toussaint’s life was placed at risk—resulting in tragic long-term health consequences—when the Canadian government denied her publicly funded medical care because of her irregular immigration status. She challenged this decision as a violation of her rights to life and equality under the Canadian Charter of Rights and Freedoms. But her claim was dismissed by the federal courts and the Supreme Court of Canada refused leave to appeal. So Ms. Toussaint went to the United Nations (UN) Human Rights Committee, arguing that Canada had violated her rights to life and to non-discrimination, guaranteed under the International Covenant on Civil and Political Rights. In a historic decision, the UN Committee agreed with Ms. Toussaint that Canada had failed to meet its international human rights obligations and it directed the Canadian government to ensure that irregular migrants are no longer denied access to essential health care when their lives are at risk. Canada responded with remarkable arrogance to the UN Committee, asserting that it disagreed with the Committee’s findings of fact and law and that it would not comply with the Committee’s decision.

The Canadian government sought to dismiss Ms. Toussaint’s claim, arguing that Canada is free to disregard the UN Committee’s decision without any judicial oversight. The Canadian government mischaracterized her claim to rights to life and equality under the Charter as asserting a right to “free health care” which is not included in the Canadian Charter.

In his ground-breaking decision, Justice Perell rejected all of Canada’s arguments. Justice Perell was very critical of Canada’s mischaracterization of Ms. Toussaint’s claim, describing it as “a dog whistle argument that reeks of the prejudicial stereotype that immigrants come to Canada to milk the welfare system.” He found that, while the UN Committee’s decision is not legally binding, Canada’s response can still be reviewed by the court to ensure that it does not violate the Charter or the requirement that Canada implements its treaty obligations in “good faith.”

What the decision means for the right to housing

Like in Nell Toussaint’s case, government lawyers have frequently mischaracterized the Charter claims of people whose lives have been placed at risk because of governments’ actions and inaction in relation to homelessness. When they have asked courts to consider whether their Charter rights to life, to security of the person, or to equality were violated, government lawyers have insisted that they are claiming a “free-standing right to housing” which is not included in the Canadian Charter. Justice Perell’s decision will make it more difficult for governments to continue to mischaracterize Charter claims from disadvantaged groups whose life, security of the person, and equality rights are violated by deprivations of access to housing, food, and health care.

Further, Justice Perell’s rejection of the argument that courts cannot review governments’ responses to non-binding decisions and recommendations has important implications in considering whether Canada is meeting its obligations with respect to the right to housing. Government responses to non-binding “findings”, “opinions,” and “recommended measures” from the Federal Housing Advocate, National Housing Council, or a Review Panel under the National Housing Strategy Act may similarly be reviewed by courts to ensure that they comply with the Canadian Charter and that they are “reasonable” and “in good faith.”

Moreover, while rights contained in international treaties ratified by the executive branch of government are not directly enforceable by Canadian courts, that is not the case when Parliament has implemented such rights in federal legislation, such as the National Housing Strategy Act (NHSA). Through the NHSA, Parliament has recognized the right to housing “as affirmed in international law” as a “fundamental human right.” Courts may therefore be able to review whether the federal government’s housing policy accords with the requirements of the right to housing as implemented in federal legislation.

All of this is evolving law, and much is left to be determined. But the Toussaint case makes it harder for lawyers representing Canadian governments to successfully insist that the courts have no role to play in ensuring compliance with the right to housing and that the provisions of the NHSA are simply unenforceable policy aspirations.

The future of the right to housing

We still hope that implementing the right to housing under the NHSA will not rely primarily on courts. The NHSA introduces new and important forms of access to justice outside of the courts that intend to be more accessible, inclusive, participatory, timely and effective. But the Toussaint decision means that the Canadian government should take these processes seriously. Government responses to any recommendations emerging from NHSA mechanisms—including the Federal Housing Advocate, National Housing Council, and Review Panels—must accord with the government’s legal obligations to respect the Charter rights of those affected, and to implement Canada’s international human rights obligations in good faith. And Canadian government lawyers must stop denying disadvantaged claimants access to justice by mischaracterizing their fundamental human rights claims. They should be advancing arguments to encourage courts to respect, not undermine, Canada’s international human rights commitments!

Congratulations to Nell Toussaint for her incredible courage in taking this case from the Canadian courts to the United Nations and back, to Andrew Dekany, Nell Toussaint’s lawyer, for his long-standing support of Nell, and to many other individuals and organizations who supported this claim! This is a critical victory in advancing human rights—including the right to housing—for the most marginalized communities across Canada.

This is the second blog in our new partner blog series, The Housing Tell, which platforms noteworthy perspectives, solutions, and ideas from across Canada’s right to housing movement.